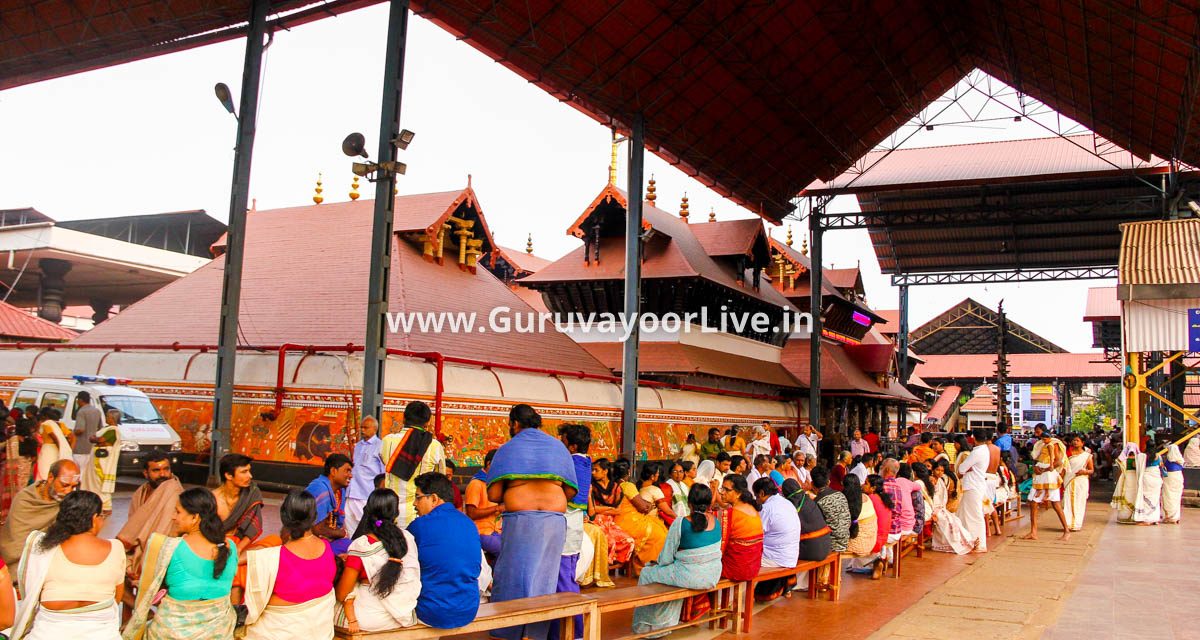 Strict dress code exists for people who wish to enter the Guruvayur Temple. Men are to wear mundu around their waist, without any dress covering their chest. But it is allowed to cover the chest region with a small piece of cloth (veshthi). Boys are allowed to wear shorts, but they are also prohibited from wearing a shirt. Girls and women are not allowed to wear any trouser like dresses or short skirts. Women are allowed to wear sari and girls are to wear long skirt and blouses. Presently the dress code for women has been relaxed with shalwar kameez (chudidhar pajamas) being allowed. Guruvayoor Temple Dress Code is very strict compared to other temples in Kerala.

Girls and women are not allowed to wear any trouser like dresses or short skirts. Women are allowed to wear sari and girls are to wear long skirt and blouses. Presently the dress code for women has been relaxed with shalwar kameez (chudidhar pajamas) being allowed.

The presiding deity of the Guruvayoor Temple is Vishnu, worshipped in the form of Guruvayurappan. The central icon is a four-armed standing Krishna carrying the conch Panchajanya, the discus Sudarshana Chakra, the mace Kaumodaki and a lotus with a Holy basil garland. This image represents the majestic form of Vishnu as revealed to Krishna’s parents Vasudeva and Devaki around the time of Krishna’s birth; hence Guruvayur is also known as “Dwarka of South India”. He is currently worshipped according to routines laid down by Adi Shankara and later written formally in the Tantric way, the inter-religious spiritual movement that arose in medieval India, by Cennas Narayanan Nambudiri (born in 1427). The Cennas Nambudiris are the hereditary tantris (high priest) of the Guruvayur Temple. 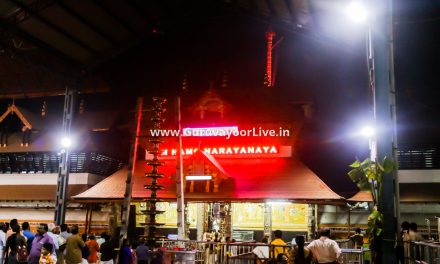 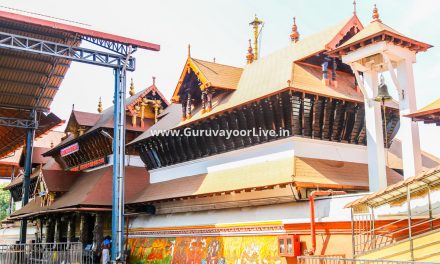 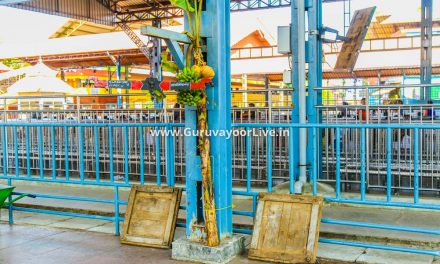 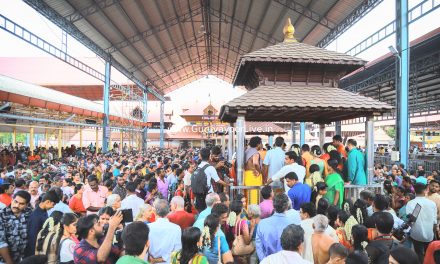