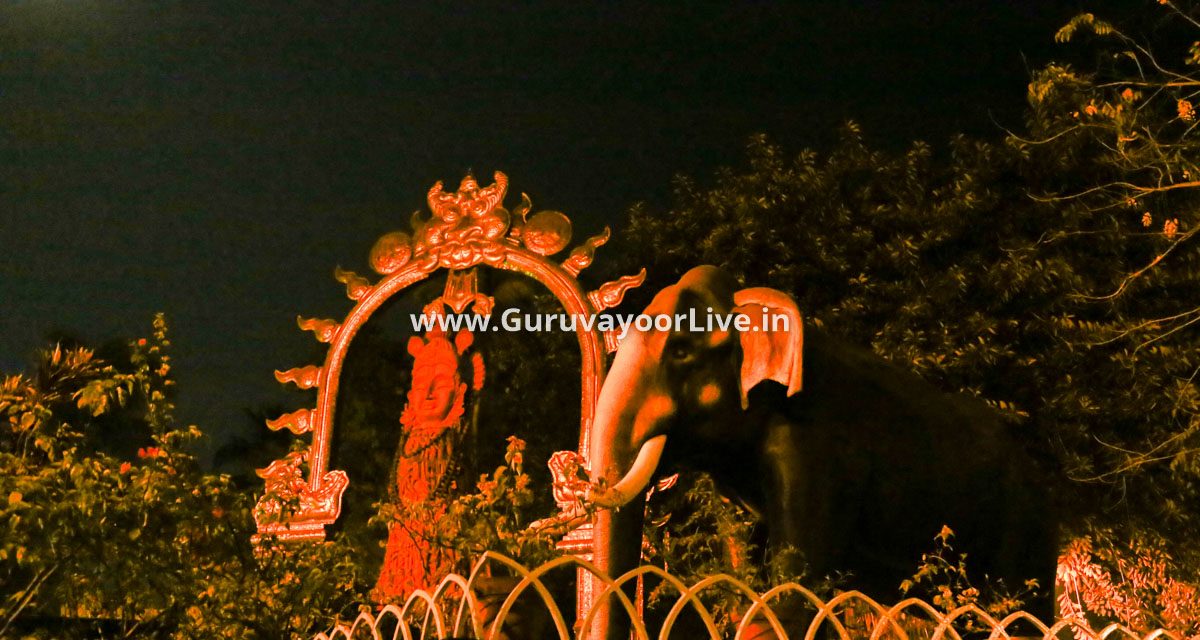 Guruvayoor Krishna Idol - The idol of Guruvayur temple is unique, since it is carved out of “Paathalanjana Sila”, and is considered extremely sacred. This idol was once worshipped by Mahavishnu in Vaikunta. Vishnu handed it over to Brahma. King Suthapas and his wife who worshipped Bhrama for a child received this idol from Brahma. He advised them to start worshipping the idol. Once Lord Vishnu appeared before them and blessed them. That he himself will be born as their child in their three re-births in three different forms and in three different situations.

Thus they got the good fortune to worship the same deity in all three rebirths. They gave birth to Prasnigarbhan who gave to the world the practice of Brahmacharya Vratha (Celibacy).  In their next birth, Suthapas and his wife were born as Kashyapa and Adithi. Their son in that birth was Vamana. The third rebirth was as Vasudeva and Devaki. Lord Krishna was born as their eighth son. In the long run, the Lord Krishna himself installed this idol in Dwaraka and worshipped it.

From Mahavishnu the sacred idol has passed through the hands of Brahma, Suthapas, Kasyapa, Vasudeva, Sree Krishna. Finally at the time of Krishna’s ascension to Vaikunta, he instructed Udhava to entrust Brahaspathi (the Guru of Devas) with the task of taking the idol to a suitable place where people could worship it. So as to get salvation in Kaliyuga. A deluge had closed in on Dwaraka, but Guru salvaged the idol with the help of his prime disciple, Vayu.

Guru and Vayu went around the world in search of an ideal place. They met Parasurama who lead them to a lush green spot with a beautiful lotus tank where they felt the presence of Lord Siva. Lord Siva along with Parvathy welcomed them and said, “This is the same spot you are looking for, here it was, I imparted the Rudrageetham to the Prechethas”. The idol was installed there. Siva with Parvathy left to the opposite bank, at Mammiyur. Siva permitted Guru and Vayu to perform the consecration rites and blessed them that henceforth this place would be known as GURUVAYUR (since the installation was done by Guru and Vayu).

Vishwakarma, the divine architect was requested to build a Temple, which he made in such a way that on the day of Vishu (Summer equinox), the sun himself makes his obeisance.  His first rays on that day fall straight on the Lord’s feet. The idol was installed in the solar month of Kumbha. (February – March). The ceremony was begun on the seventh asterism of Pooyam (Puozhya) and completed on the day of Anizham (Anuradha).

As the idol was once worshipped by the Lord Mahavishnu himself in Vaikunta, Guruvayur is considered to be “Bhooloka Vaikunta” – the heaven on earth.