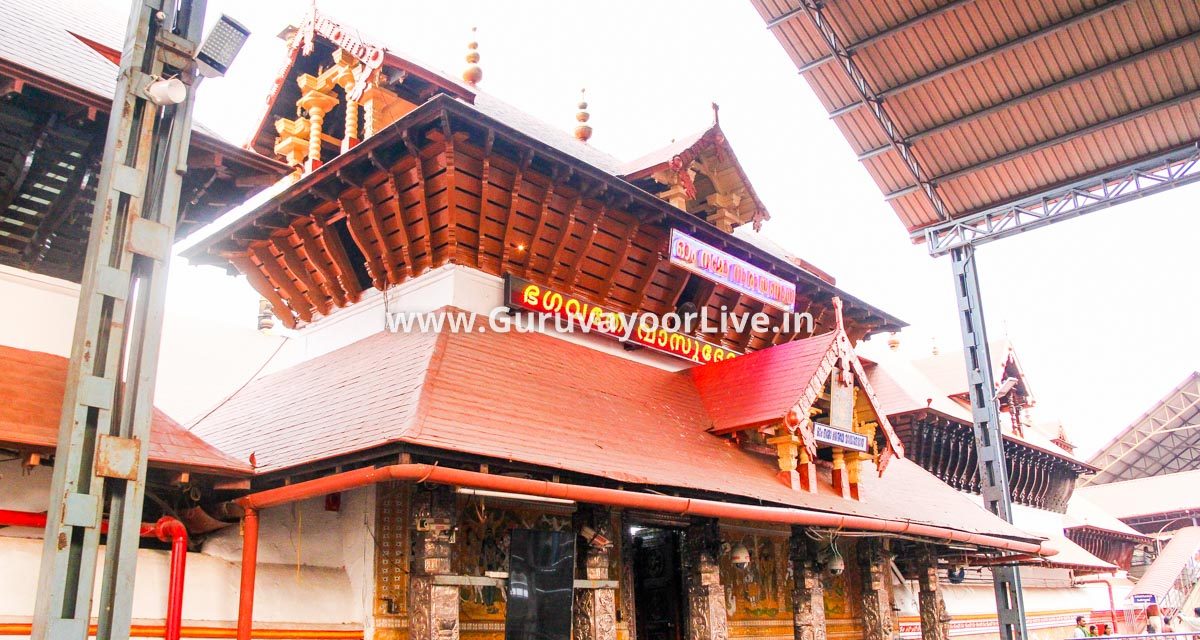 Guruvayur (Guruvāyupuram), also written as Guruvayoor or Gurupavanapuri, is a municipal town in Thrissur District, of Kerala State in India. It houses the Guruvayur Sree Vishnu Temple, the fourth largest temple in India in terms of the number of devotees visiting per day. Guruvayur, according to the legends may be 5,000 years old as the Guruvayur temple idol is. There are no historical records to establish it. It is also believed that Lord Krishna, asked 2 sages to take the idol from his temple in Dwarka while the city was being destroyed and establish it in Kerala. The idol of Lord Krishna was brought by Vayu deva and brhaspathi and was placed in guruvayur. The name guruvayur is a merge of both their names (“guru” Brihaspati and “Vayu’ deva. In the 14th century, Tamil literature ‘Kokasandesam’, references about a place called Kuruvayur is made. As early as the 16th century, many references are seen about Kuruvayur. In ancient Dravidic, Kuruvai means sea, hence the village on the coast may be called Kuruvayur. According to eminent historian Professor K. V. Krishna Iyer, the Brahmins had begun to come and settle at Kodungallur during the period of Chandra Gupta Maurya (321-297 BC). Guruvayur was a subordinate shrine of Trikkunavay Shiva temple before the latter was destroyed by the Dutch in 1755. Trikkunavay in the Guruvayur documents is the same as Thrikkanamathilakam or Mathilakam mentioned in the Dutch and British records. And this place was in between Guruvayur and Kodungallur. The story of Pandyan King building a shrine here may be a reference to the Azhavars, but they are all silent in their writing about Guruvayur. It was Melpathur Narayana Bhattathiri’s Narayaniyam through which the Guruvayur temple got famous all over India.